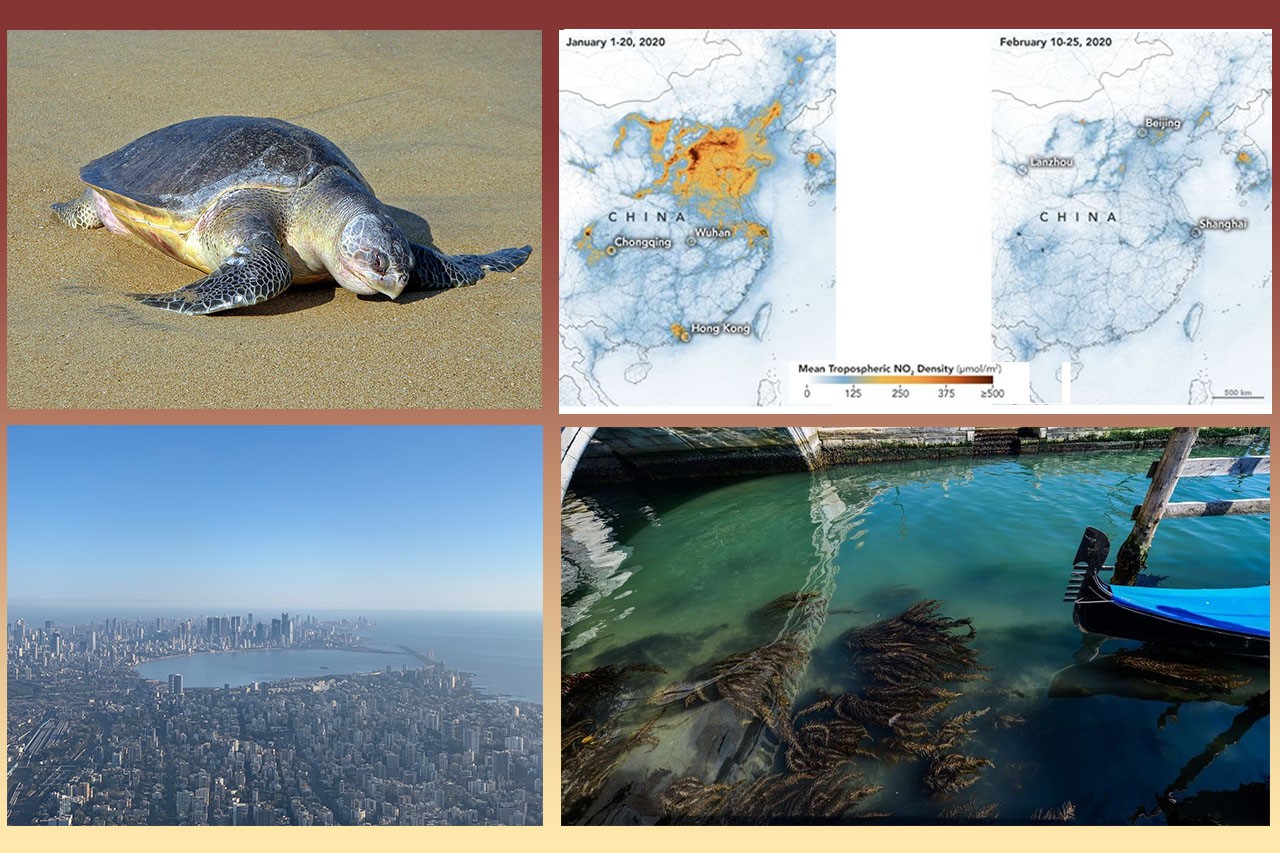 As the world goes through the crisis of Coronavirus that could possibly be the biggest threat the world has faced ever since World War 2. People from all over the world (more than half the population of the world) have hibernated into their homes, stocked up their rations and are waiting for this pandemic to be over.

Factories have been shut, Planes have been grounded, Private vehicles are banned on road, highways are empty and so more.

Amidst all this, nature is proving itself as the true lover of mother earth. Although, our economy might collapse but the nature is eventually booming. Nature is reclaiming the land, and giving birth to hope and confidence that we humans can survive the climate change as well.

In Venice, Italy; as all the tourists left, the crowded city is producing a lower co2 emission, and as all the motorboats are docked, waterbodies all around the city have become crystal clear because no mud is being extracted from under the water. All the smog has disappeared making the skies clear & blue, wildlife has returned to tourist free city, dolphins can be seen in the canals, lagoons can be seen roaming around.

In India, in the absence of human beings, Olive Ridley Turtles have finally returned for nesting at Odisha Shores as there is no intrusion from us humans anymore. Also, there is a significant reduction in air pollution in metropolitan cities like New Delhi, Bangalore, Kolkata and Lucknow.

But all in all, these are short term positive possessions. We, humans need to look farther in future and understand the need to save our nature on our own. This pandemic might be the greatest warning that the nature has given us. We should become more responsible and caring, to live another bright day.