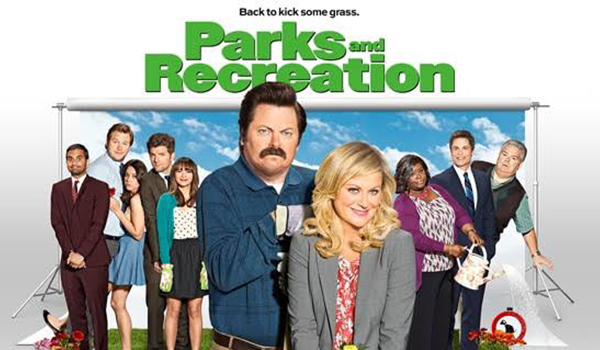 Parks and Recreation is a mockumentary-style comedy show based in a workplace. The show stars Amy Poehler, Adam Scott, Aziz Ansari, Rob Lowe, Rashida Jones, Chris Pratt, and Aubrey Plaza. The show guarantees a good laugh and show the empowerment of women in a humorous and sensible way is quite fascinating.

30 Rock is a massive, stretching office comedy show, showing the daily workings in NBC’s head office. The show is good for its quirkiness and quick funny moments between the cast. The show focuses on workplace pressure that happens in Big TV networks.

Apparently, one of the best comedy shows out there. This show certainly laid the foundation for mockumentary-style shoot of comedy shows. The characterization is done well and the audiences connect with each character. The show has a very huge cult following. Once you binge it, you binge it again.

A wealthy dysfunctional Bluth family is put together to test, when the father, owner of the family company is prosecuted by the authorities for embezzling profits. With all the family assets frozen, Bluth’s turn to their level headed family member Michael to save their lives.

If you like quirky and funny characters, this is the best British show you can find on the Internet. The show focuses on the IT department of a big company. The dialogue exchange between the characters will always get to your funny bones. This is the story of Young Stupid Adults who figure out life in their basement office.

Have anything to add? Share it with us in the comments section.

Also read- Disney Plus Hotstar none official in India

9 Indian Web Series and Bollywood Movies that Reflected the Dark Side of The Religion.