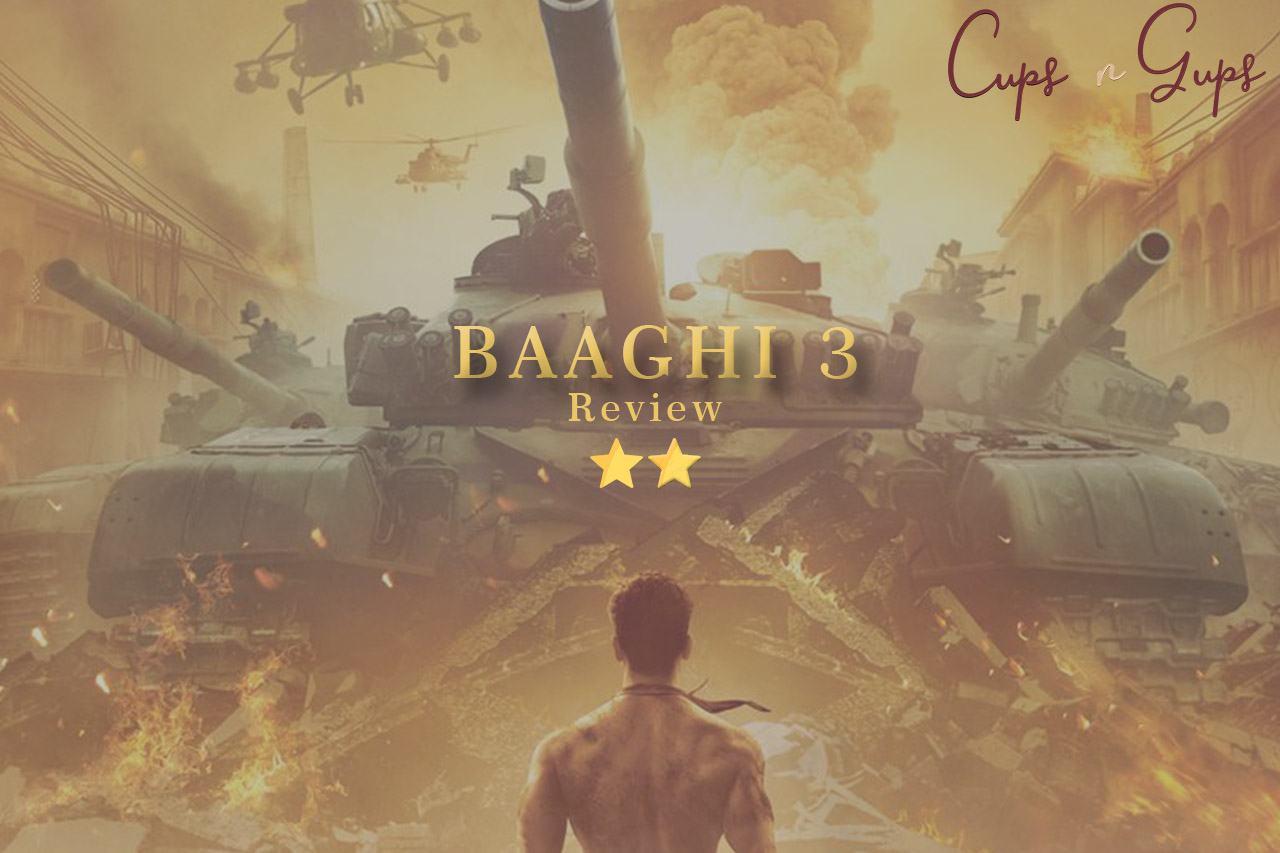 Baaghi 3 is an amalgamation of all the elements that could make it an action packed entertainer but fails to shine on-screen due to its weak narrative.

Plot of the film revolves around two brothers, Vikram Pratap Singh (Riteish Deshmukh) and Ranveer “Ronnie” Pratap Singh whose father (Jackie Shroff), a cop passes away on-duty defending innocent people against rebels. Fiercely protective of his elder brother, Ronnie can do anything in his power to safeguard Vikram.

The film opens in Syria where Tiger Shroff and Shraddha Kapoor are shattered looking at a dead body. As narrated in a flashback, the film continues in Agra where Vikram somehow gets into a tiff and Ronnie comes to the rescue. Considering their father’s righteous work as a cop, the two brothers get the opportunity to work in the Police department and Vikram goes ahead on Ronnie’s suggestion. Ronnie eventually turns into an indestructible saviour to his brother which eventually leads Vikram to become a celebrated police officer. Circumstances change when he goes out on an assignment alone to Syria and gets kidnapped by a group of militants.
The story-line moving forward is nothing but a miserable descend to cinematic anguish!

Ahmed Khan has worked with some erratic attempts to make this film work. Tiger Shroff has been given ample time to showcase his perfect abs on-screen with a number of slow motion shots making no sense. He magically appears every single time his brother calls out for help. Riteish Deshmukh doesn’t match up to his acting calibre with a weak character written for his part. Shraddha Kapoor, who plays Tiger Shroff’s love interest succeeds in creating some glamorous and comic moments in the first half but ends up getting lost in the narrative.

The villains (group of militants in Syria) on the other hand make a ruthless entry with black robes and kohl-lined eyes but end up looking nothing more than props who cannot handle the strength of a single individual (Tiger Shroff).

Overall, Baaghi 3 has taken all the silly liberties in the name of Action Packed Cinema. You can certainly miss this one.