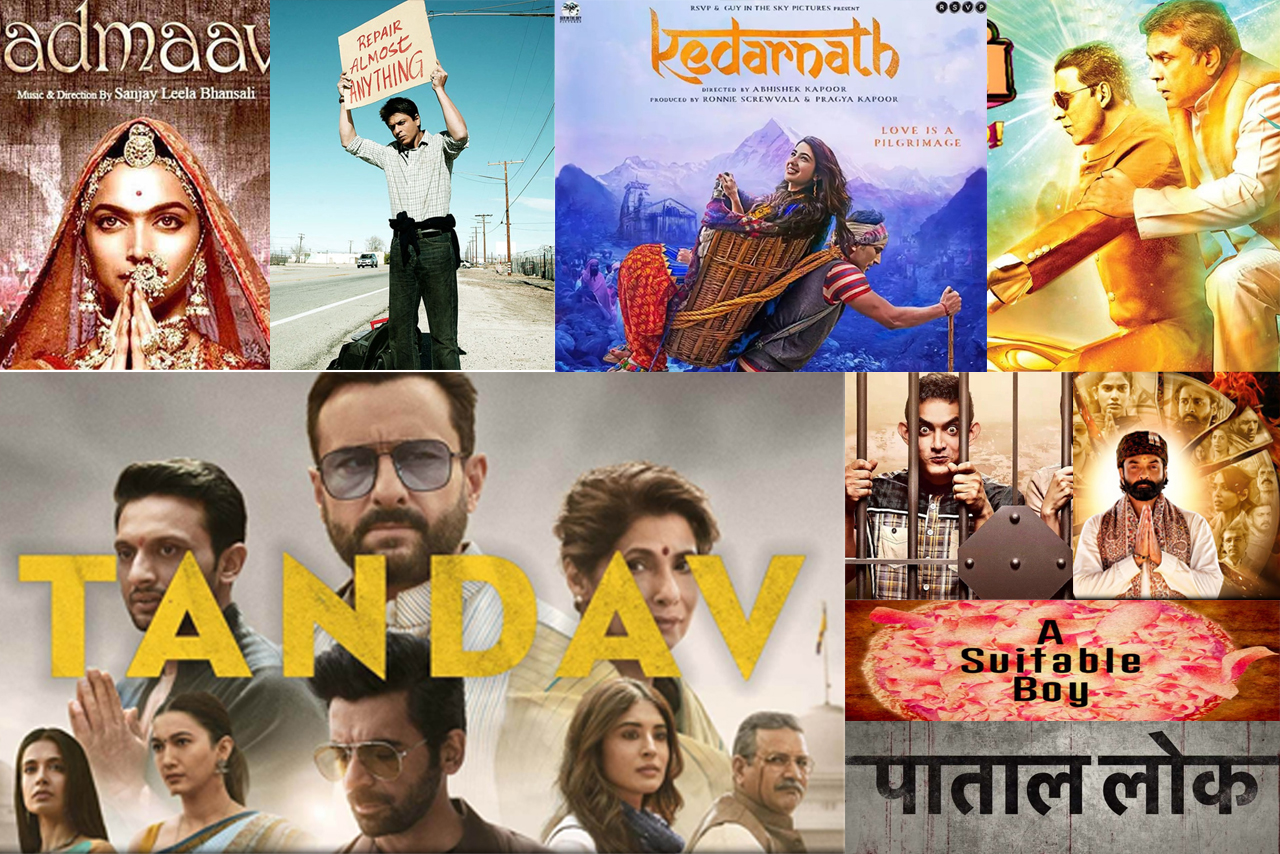 Indian Web Series/Bollywood Movies, and Controversies are just any-other news we hear daily. While the makers promote their show/movie very well but often there is a lot of negative publicity involved too. Too much is said every day with regards to religion in India. Yet, somehow, it is never enough. While religion and faith began as a personal connection to divine power, it has increasingly commercialized in modern times.

Certain age-old customs are still in practice today, even though times have changed drastically. Some ‘religious’ practices curb basic human rights and lead to discrimination among gender, caste, colour, species, and more. Mostly these show/movies face protest from religious organizations, leading to a whole lot of newsprint being dedicated to them.

2020 was the year that witnessed numerous films and web series hitting the web due to the COVID-19 pandemic, and many of them landed in controversies for their alleged objectionable content. 2021 has not started any different, with one of the first major series of the year, ‘Tandav’ hurting the sentiments of a section of netizens.

Take a brief look at 9 such Web Series and Bollywood Movies which made headlines for hurting religious sentiments.

Karan Johar decided to speak up against Islamophobia with My Name Is Khan. A young boy is killed shortly after the 9/11 attacks, only because his last name is ‘Khan’. His step-father, Rizwan Khan (Shah Rukh Khan) embarks on a journey to meet the President of the USA and let him know while his name is “Khan”, he is not a terrorist. The movie meant no harm, but the Shiv Sena took great offense against Shah Rukh and even attempted to halt its release.

Probably one of the few times that an atheist is shown as a prominent character in movies; OMG revolves around Kanji Lalji Mehta (Paresh Rawal) and his lawsuit against God. The film attacks godmen and blind faith. Naturally, it attracted the ire of religion-driven politicians who filed cases against the lead actors. The movie was also banned in the UAE.

The Aamir Khan-starrer portrays the lead actor playing PK, an alien who comes to our planet on a research mission. He lands in India and is stunned by the religious practices and superstitions that exist in society. While the movie was the highest grossing film of the time, it met with heavy criticism by members of the Vishwa Hindu Parishad and Bajrang Dal, as they felt the movie hurt religious sentiments.

Sanjay Leela Bhansali’s ‘Padmaavat’ faced the ire of the public just when it went on floors in Rajasthan. The director was roughed up by members of a Rajput outfit, Karni Sena, who alleged that the film distorted facts about Rani Padmini of Chittor. After a lot of controversy and delay, the film finally managed to hit the screens in January 2018. The group later on went on to express support for ‘Padmaavat’, after watching the movie. A letter signed by Shri Rashtriya Rajput Karni Sena’s national vice-president Yogendra Singh Katar and Sena’s Maharashtra coordinator Jeevan Singh was handed over to Bhansali production, stating that they don’t have any objection over the film’s screening.

Little did Sara Ali Khan know that her debut film will cause so much of controversy. 2018 December release ‘Kedarnath’ faced flak from priests of Uttarakhand’s Chardham stating that the film hurts Hindu religious sentiments as it promotes ‘love jihad’. The chairman of the priests based in Kedarnath, Vinod Shukla reportedly stated that they will launch an agitation if the movie is not banned. And it didn’t end here a Hindu group also demanded that the film be banned because it showcased love scenes as the religious destination of Kedarnath.

Produced by actor Anushka Sharma, starring Jaydeep Ahlawat, Neeraj Kabi, Gul Panag, Abhishek Banerjee, Rajesh Sharma, and many more great actors. Paatal Lok managed to portray the reality of India’s caste, religion, fake news, and crime issues. However, it also managed to grab the eye-balls of Hindu Extremist Groups. Some Right-wing Facebook groups also labeled it “anti-national” and “Hindu-phobic” for portraying how minorities are treated and a legal notice was also served for a scene where a woman is raped by Sikhs. These gave rise to the #BoycottPaatalLok which was quite a trend on Twitter. Nandkishor Gurjar, a member of the Legislative Assembly of the ruling BJP party, even filed a complaint against Sharma for using his picture in the series without permission.

A suitable boy is a Netflix drama series starring Ishaan Kapoor and Tabassum Hashmi (Tabu). Just after a month of its release BJP leader Gaurav Tiwari had filed a First Information Report (FIR) against the video-streaming platform for the show. Tiwari is the National Secretary of the BJYM (Bharatiya Janata Yuva Morcha).

Aashram is an MX Player drama series starring Boby Deol, Tridha Choudury, Aditi Sudhir Pohankar, Anupriya Goenka, Chandan Roy Sanyal, Darshan Kumar, and many more great actors. The series has achieved a viewership of 450 million. However, in a recent development, the district and sessions court in Jodhpur, Rajasthan has sent a notice to filmmaker Prakash Jha and actor Bobby Deol. A local resident Khush Khandelwal had filed the petition in the Jodhpur court, arguing that the portrayal of actor Bobby Deol in the web series is morally wrong and it belittles the image of Hindu saints and also hurting the religious sentiments of Hindus.

Lastly and the latest Tandav features Saif Ali Khan, Dimple Kapadia, Gauahar Khan, Kritika Kamra, Sarah-Jane Dias, Sunil Grover, Kritika Avasthi, Niharika Kundu, Jatin Sharma and Mohammed Zeeshan Ayyub. Twitter was filled with comments under the hashtag ‘Boycott Tandav’ over a scene allegedly showcasing Hindu Gods in poor light. The objection seemed to over a scene where one of the protagonists played by Mohammed Zeeshan Ayyub was apparently playing a character modelled on Lord Shiva, holding a stick with what looked like the Trishul at a college theatre festival.

Do the controversies real affect the producers/makers of the show/film or is it a publicity stunt? Share your thoughts in the comments section below.