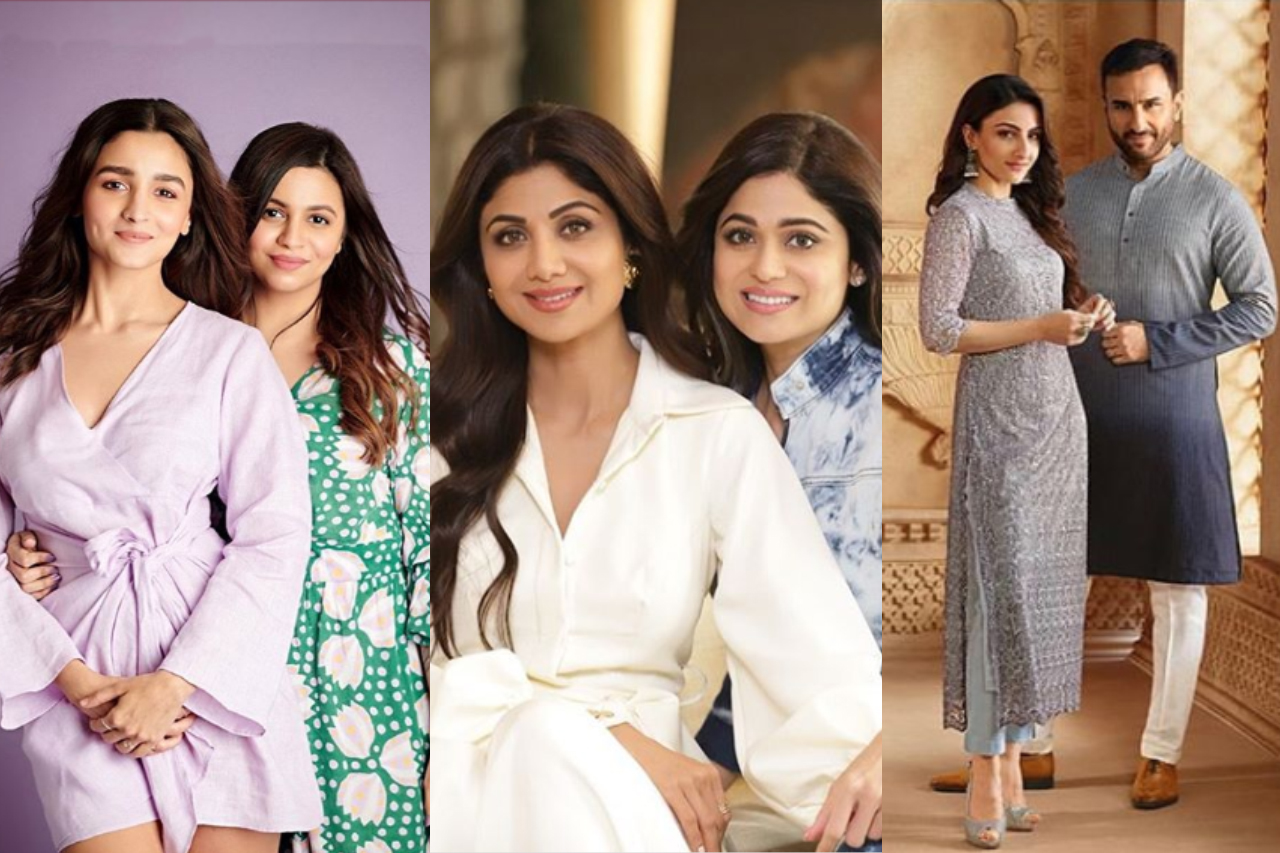 Siblings are literally the best! They are the only ones who can be your best friend and the worst enemy (still love you) at the same time.

On Siblings Day, let’s take a look some celebrity siblings who give us major sibling goals.

The Kapoor sisters have literally swamped the Bollywood fashion industry. One is a fashionista while the other a marvelous fashion designer. The two sisters have launched a fashion brand ‘Rheson’ together and we cannot stop gushing over it.

The Kapoor sisters never fail to impress us! Be it the red carpet looks or the casual everyday looks. Coming from a family that has acted, directed and produced for the longest time, Bebo and Lolo share an inseparable bond.

Although, Shweta Nanda comes from the prestigious Bachchan family, she chose to stay away from the limelight. She married Nikhil Nanda, a businessman, in 1997 and is a mother of two children – Navya Naveli and Agastya Nanda.

One of the most stylish siblings in the entertainment industry, Shilpa Shetty and Shamita Shetty share a special bond. In an interview, Shamita was quoted saying, “Motherhood has changed her completely. For me, my sister is like a second mother to me anyway. Mothering comes naturally to my sister. But it is so wonderful to watch her around Viaan. The way she is bringing him up with right values. It is just wonderful.”

The Pataudi siblings are mostly hiding themselves from the limelight. They are known to share a great bond which is not and there kids are often sported spending time together.

Alia Bhatt and Shaheen Bhatt are no strangers to us when it comes to the popular Bollywood siblings. Shaheen came into limelight after she opened up about her battle to fight insomnia. In an interview, Alia opened up about her sister’s battle with depression, she was quoted saying, “All those who are close to her know about it. It’s not as if Shaheen had never spoken about it before. She has, to her loved ones. Apart from the depression, my sister also has insomnia. So we’ve spent many sleepless nights talking.

The Arora sisters are stunners! They make heads turn wherever they go. Malaika is a fitness enthusiast and is often spotted outside a gym or a yoga centre, while Amrita is spotted hanging out with her best buddy Kareena Kapoor Khan.

Which is your favourite Bollywood celebrity sibling?

How to survive a long-haul flight

Lovebirds Varun Dhawan and Natasha Dalal may tie the knot this Month.